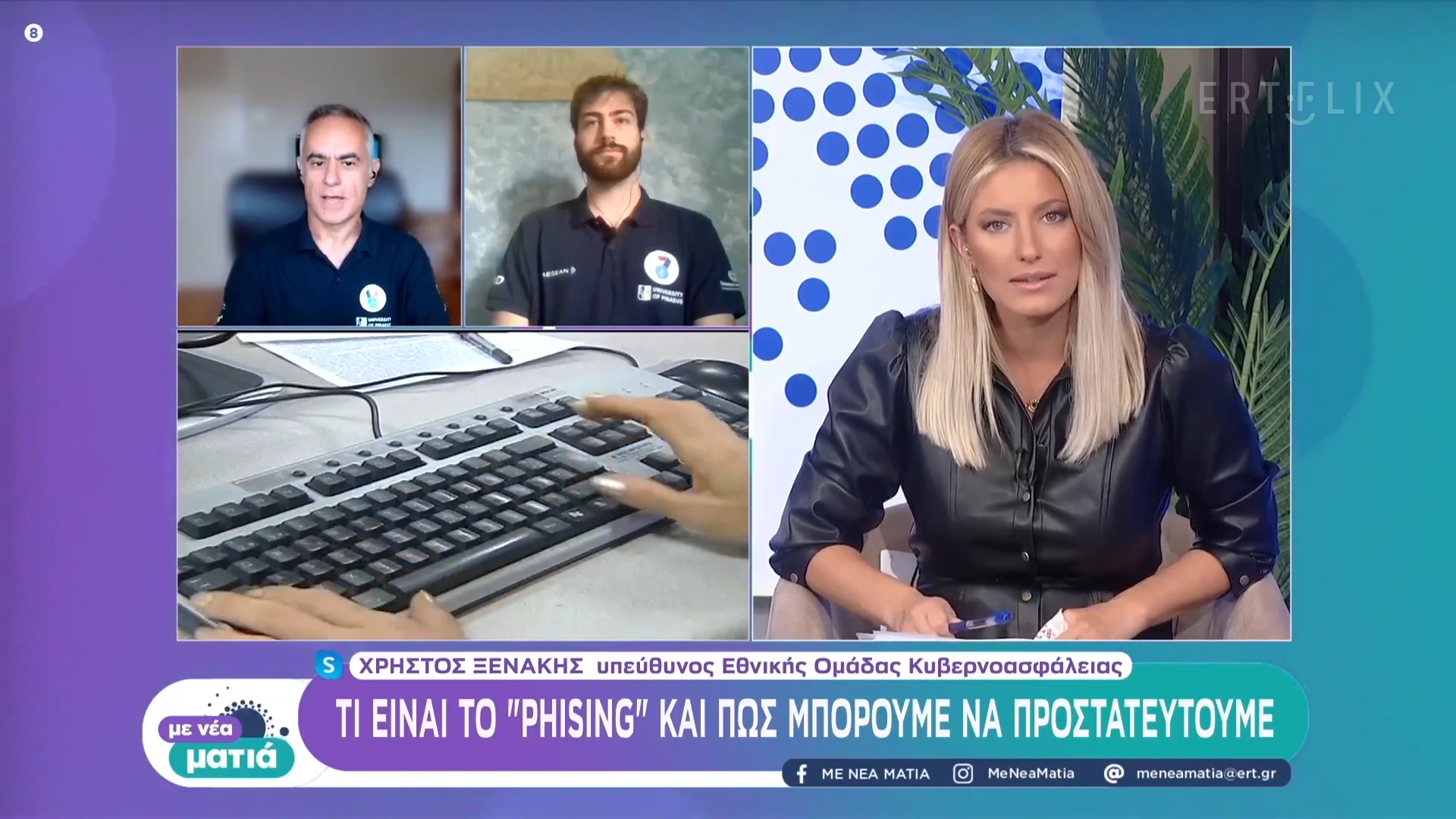 The Professor of the Department of Digital Systems of the Piraeus University and leader of the National Cybersecurity Team Mr. Christos Xenakis was on Sunday 17/10/2021 in the show “Me Nea Matia” with the contestant Elias Fiotakis and talked about the participation of the National Team in the European Competition, Competition, ethical hacking as well as for the pitfalls that users in cyberspace should avoid.

The Group, through its participation in the European Competition, aims to familiarize people with the concepts of hacking and cybersecurity, but also to inform users about the dangers lurking in cyberspace to have a safer online experience.

The contestant Elias Fiotakis talked about the European Cyber ​​Security Competition, who described it as a “fantastic experience”, while through his interview on the show “Me Nea Matia” he encouraged young people involved in ethical hacking and be registered in order to become members of the National Team.